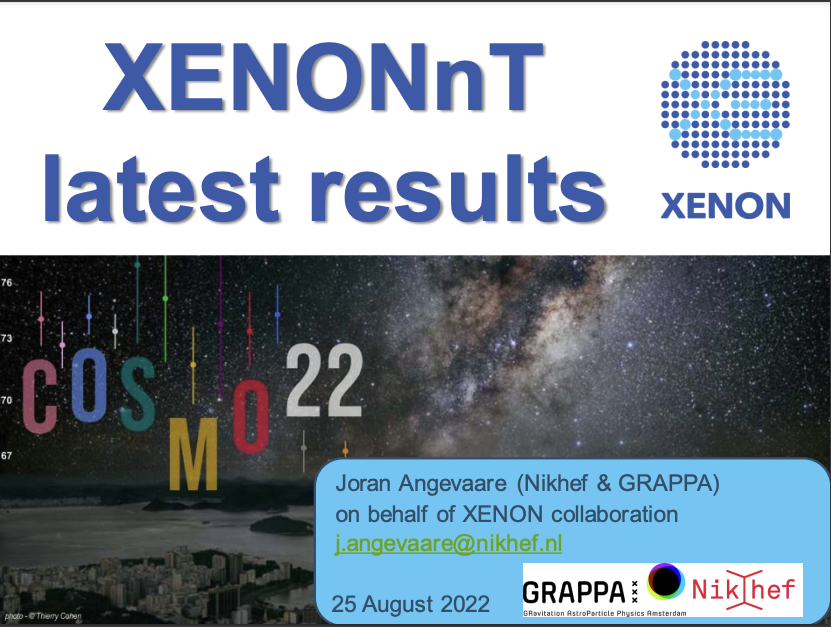 The XXXIX International Conference on High Energy Physics (ICHEP2018) was taking place from July 4 – 11, 2018 in Seoul, Korea. After a warm welcome in this modern and traditional metropolis with over 10 million citizens, I was invited to present the recent results from XENON1T in a Dark Matter parallel session. Here is one […]

Modeling and statistical analysis of the XENON1T data

On May 31st 2018, XENON1T released the result of a search for dark matter interacting with xenon atoms using an exposure of 1 tonne-year. Papers presenting the scientific results are written to be brief, and communicate the most important information to the scientific community. Therefore, many details of the instrument, reconstruction of events and analysis […]

Since we don’t know how dark matter interacts with more familiar particles, we have to break up our search for weakly interacting massive particles (WIMPs) in terms of their possible interactions with xenon nuclei. While many complex interactions are possible, we generally start with two simple cases: WIMP-nucleus interactions that don’t depend on the nuclear […]

[Press Release April 2019 – for immediate release. Paper published in Nature and preprint on the arxiv.] The universe is almost 14 billion years old. An inconceivable length of time by human standards – yet compared to some physical processes, it is but a moment. There are radioactive nuclei that wdecay on much longer time […]

XENON was present at the ALPS conference in Austria. Chiara Capelli from University of Zurich gave a talk on behalf of the XENON collaboration. The talk focused on the latest XENON1T results on spin-independent and spin-dependent WIMPs, and on the newest results on two-neutrinos double electron capture, with a final status on the XENONnT upgrade. […]

A talk on the XENON project was given at the 15th Patras Workshop on Axions, WIMPs and WISPs, which was held in Freiburg (Germany) in the first week of June. Andrea Molinario from the Gran Sasso Science Institute and Laboratori Nazionali del Gran Sasso presented the most recent results from the data analysis of XENON1T, […]

When a particle elastically scatters off a xenon nucleus, it has been assumed that electron clouds immediately follow the motion of the nucleus, but in reality it takes some time for the atomic electrons to catch up, resulting in ionization and excitation of the atom. This effect is called the Migdal effect, which was predicted by A. B. Migdal and recently reformulated […]

XENON1T recently released a preprint with new world-leading constraints on light dark matter particles. The challenge of light dark matter The XENON1T detector aims find the signals of dark matter bouncing off xenon atoms. If such a collision happens, it produces two signals: a small light flash (S1), and a cloud of free electrons that […] 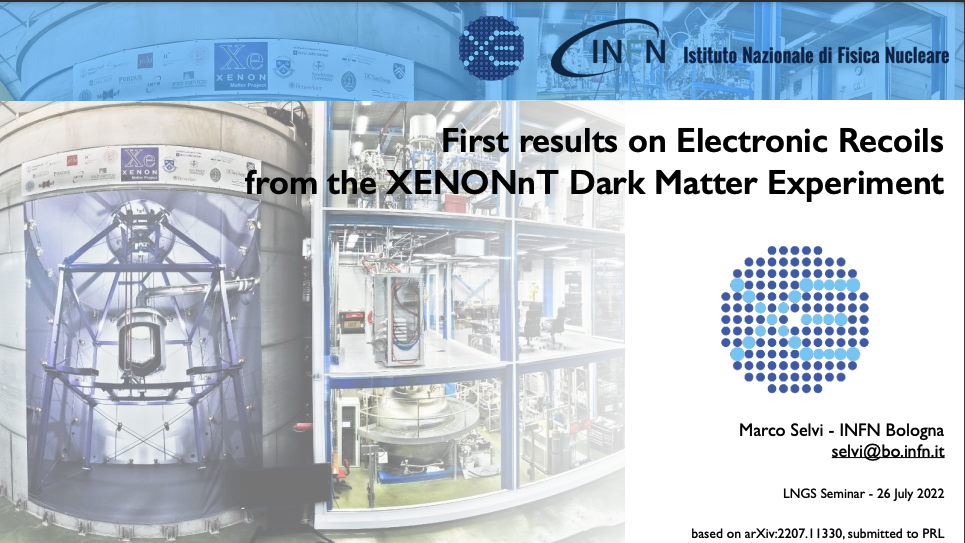